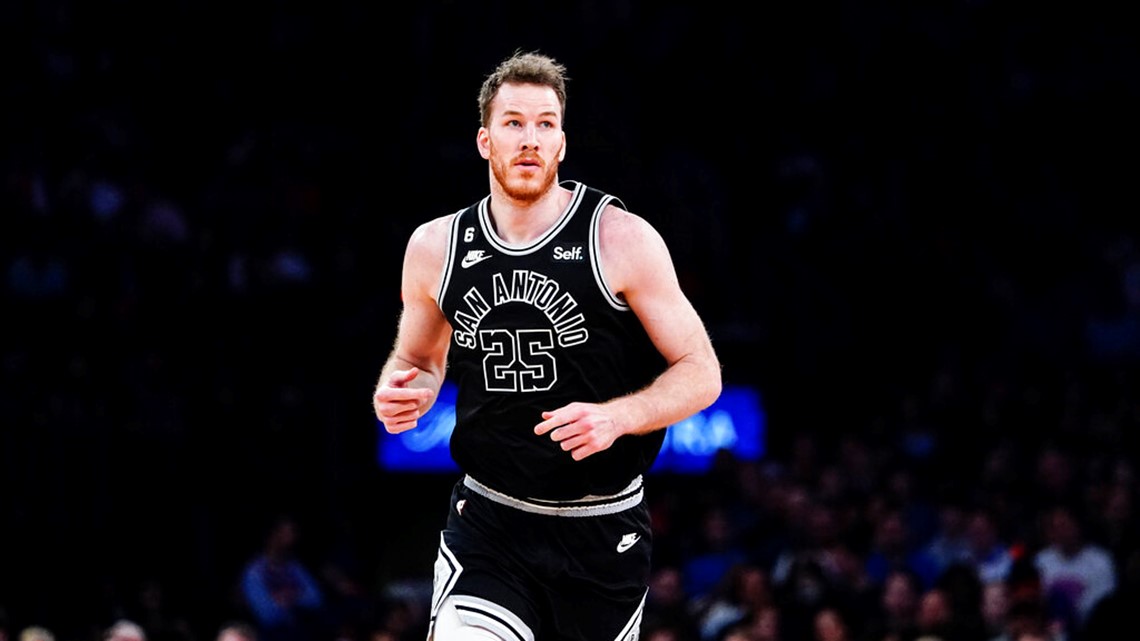 More reports surface of teams interested in trading for Poeltl.

SAN ANTONIO — The 2023 NBA Trade Deadline is fast approaching and the San Antonio Spurs could be making moves.

At the center of trade rumblings is Spurs center Jakob Poeltl who is reportedly the top target for a pair of Eastern Conference teams.

According to The Athletic, the Boston Celtics and Toronto Raptors are targeting Poeltl ahead of the trade deadline.

“Spurs center Jakob Poeltl has gained significant trade interest from teams such as the Toronto Raptors and Boston Celtics, according to league sources who, like all the other sources in this story, were granted anonymity so that they would be able to speak freely.”

In addition, The Athletic reports that the Spurs do have an offer sheet open for Poeltl at 4 years, $58 million.

“The Spurs have had a standing offer to Poeltl for his maximum extension of four years and $58 million since before the season, but that has been declined, league sources say. San Antonio will be able to offer more to Poeltl in the offseason and is slated to have in excess of $50 million in salary-cap space. Rival executives believe Poeltl will approach the $20 million per year range in a new deal during the offseason. There’s no question the Spurs will hold a high price threshold for any deal involving Poeltl.”

Spurs center Jakob Poeltl has gained significant trade interest from teams such as the Raptors and Celtics, sources tell @ShamsCharania.

Josh Richardson and Doug McDermott are also expected to receive interest ahead of the deadline.https://t.co/AebTkP4hes pic.twitter.com/HjFZRvurFr

This lines up with a recent report via ESPN that Poeltl might be on the move if the Spurs receive an offer they cannot ignore.

“I think he [Poeltl] is going to be one of the real pivotal players in the NBA Trade Deadline,” ESPN’s Adrian Wojnarowski said. “There’s a lot of interest in Poeltl and there are a lot of teams, I think for San Antonio, that they’re going to make the kind of offers that they may want to move him.”

Poeltl will be entering unrestricted free agency this offseason.

If the Spurs want to get something for him now, then a deal could be made if he doesn’t signal to San Antonio that he wants to remain on the team.

The Spurs center spoke about his free agency over the offseason stating he does like it in San Antonio but he is aware of the direction of the team is in rebuild mode and that he is in his prime years in the NBA.

“I will take a close look at the situation next summer, whether it makes sense or not,” Poeltl said.

What do you think, Spurs fans? Let us know on Twitter at @KENS5 and at @JeffGSpursKENS5.