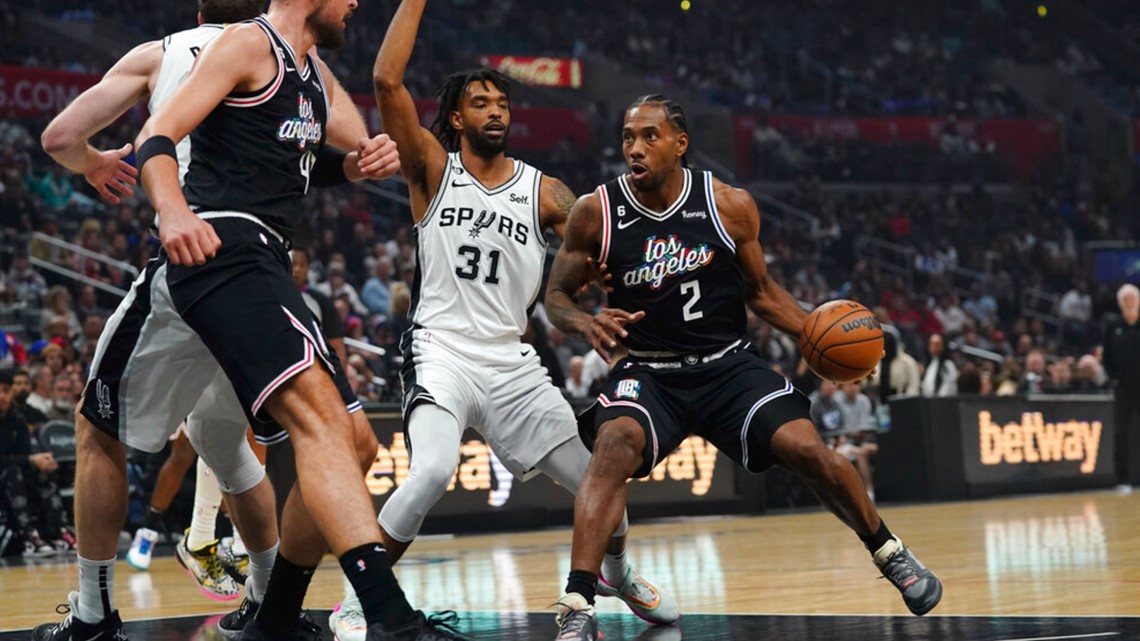 The Spurs are now on a four-game losing streak after a loss against the Clippers.

SAN ANTONIO — The San Antonio Spurs picked up another loss on the season after losing to the Los Angeles Clippers, 119-97, on the road.

The Spurs are currently on a four-game losing skid and are now 6-11 on the season. They will next face the Lakers Sunday night in Los Angeles.

Here’s a sample of what the teams said after the game.

“They’re [Clippers] are an experienced, talented group,” said Popovich. “We know we have a tough time against them. It doesn’t take away what you’re still trying to do. We’re trying to develop individuals. Develop a team. I thought we could’ve done much better defensively.”

“They [Clippers] came out firing,” Jones said. “It was one of those games. We tried to answer and slowly chip away at the lead. Usually, when a team is shooting like that, shots start to not fall. We can slowly get back into it. They just kept making play and making those threes.”

“it was just one of those games,” Jones on loss to LAC

“I thought we played pretty good defense for the most part. When you got a gut like Paul George, you got to tip your cap to him,” said McDermott. “We got a lot of good guys in that locker room. We understand we are trying to develop some good habits. Obviously, losing sucks but we have good leadership in the locker room.”

“I thought we came out pretty aggressive, just moving and playing, knowing which plays we were running, and from there we just carry it over, guys attacking the paint, skipping the ball, sharing it with one another, and if the starters start that way then the bench will come in and carry what we’re doing and I think we made it contagious tonight,” said Leonard.