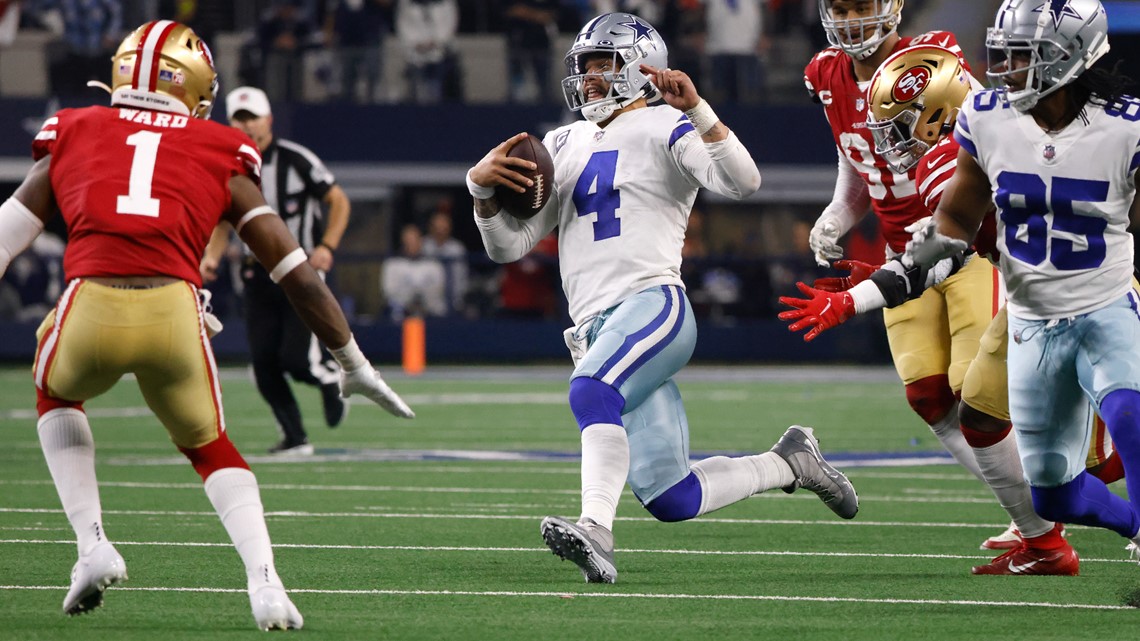 In NFL history, the Cowboys and 49ers have played each other in the playoffs eight times, including multiple NFC Championship bouts in the 1990s.

DALLAS — The Dallas Cowboys and San Francisco 49ers will take on each other in the NFC Divisional Round on Sunday, Jan. 22.

The winner of the matchup will face the winner of the Giants-Eagles game for the NFC Championship. Notable Texan Jim “Mattress Mack” McIngvale, known for placing high wagers on Texas sports teams, is all in on the Dallas Cowboys.

Dallas enters the game as four-point underdogs, as they take on a familiar playoff foe. Sunday’s game will mark the ninth time Dallas has played against San Francisco in the playoffs, tied for the most against any other NFL team (Rams).

Here’s a look at how the other Cowboys-49ers playoff games have turned out in NFL history:

Dallas is 3-2 on the road in the playoffs against San Francisco.

Here’s another scope at Dallas’ playoff history against NFL teams: