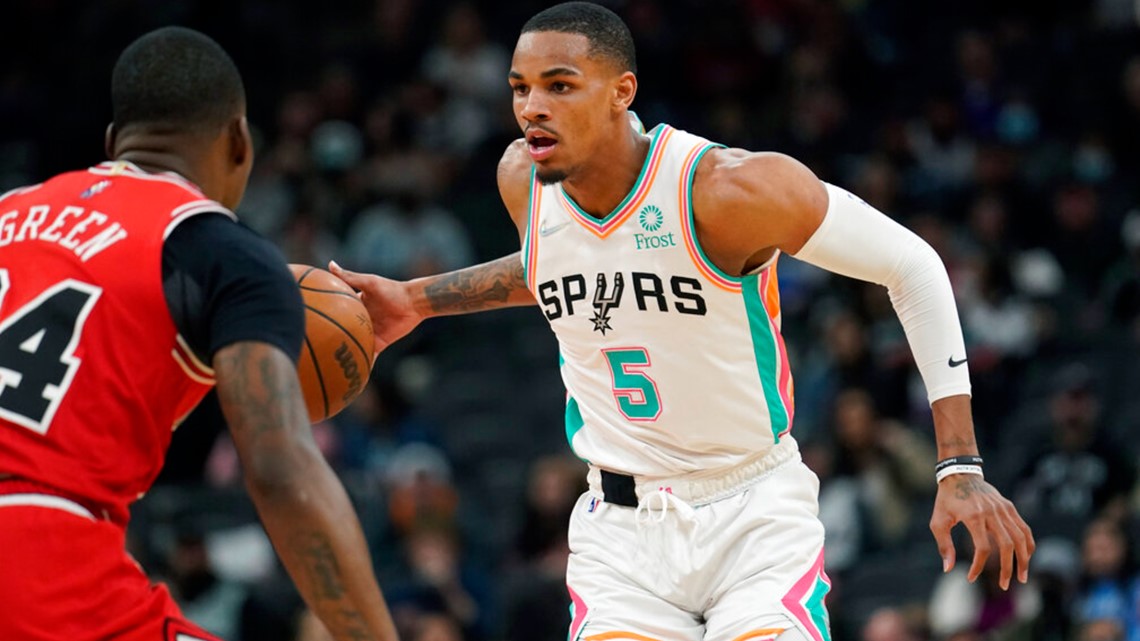 The former Spur unloaded criticism on the Spurs and fans took exception.

SAN ANTONIO — Former San Antonio Spurs guard Dejounte Murray did not hold back about his thoughts on playing with the Spurs during an interview on “All The Smoke.”

Murray joined hosts Matt Barnes and ex-Spur Stephen Jackson to chat about his time in the NBA and his path to becoming a pro player.

And right from the start, Murray weighed in on his time with the Spurs before being traded to the Hawks in 2022.

The interview is lengthy but here is a sample of the comments Murray laid out in sum:

You can watch the full interview here but take note there is plenty of offensive language used during the interview.

Murray, however, did make it clear that he views the Spurs as “greatness,” complemented Ginobili for being a great teammate, and listed Duncan among his top 5 players of all time.

Note, he also has made it clear numerous times that the Spurs saved his life.

Regardless, Silver and Black fans did not take well to the majority of Murray’s comments and shared them on social media.

Dudes a clown… Spurs gave him a shot and developed him but wants to cry about not being given everything as soon as you arrive.. you gotta earn it , if the spurs wouldn’t have picked you with their 1st round pick you would of been a 2nd round pick https://t.co/FGKazj1JKo

DJ is salty. He’s good but he didn’t get like that on his own. If he’s gonna act like the best coach ever didn’t have any influence on him then he’s bugging out

Really shows you how soft this guy is. Couple this with everything he’s said about Atlanta makes you wonder if there’s ever a good enough situation for him

It’s All The Smoke what do you expect? Stephen Jackson was one of the host there. You have to sometimes say what the host wanted to hear.

Man this hurts knowing that I was such a fan of the guy during his time w/SA. Taking shots at the spurs the whole video and for what? He’s entitled to his own opinion on how he felt about his time here, but really seems like he went out of his way to drag the spurs https://t.co/6fzwJEGS3m

And to add more fuel to the fire, Jackson threw shade at the people of San Antonio regarding the state of the resident’s health.

Murray was drafted by the Spurs in 2016 as the 29th overall pick.

The Spurs traded him to the Hawks for Danilo Gallinari, three first-round draft picks, and a draft swap in 2022.

Recall after being traded, he made other comments on social media about the Spurs’ future and how there are other issues with the organization.

And in case you were wondering when Murray and the Hawks come to San Antonio, it will be on March 19.

What Murray said about the Spurs is a lot to unpack and you can let us know what you think about this on Twitter at @KENS5 and at @JeffGSpursKENS5.