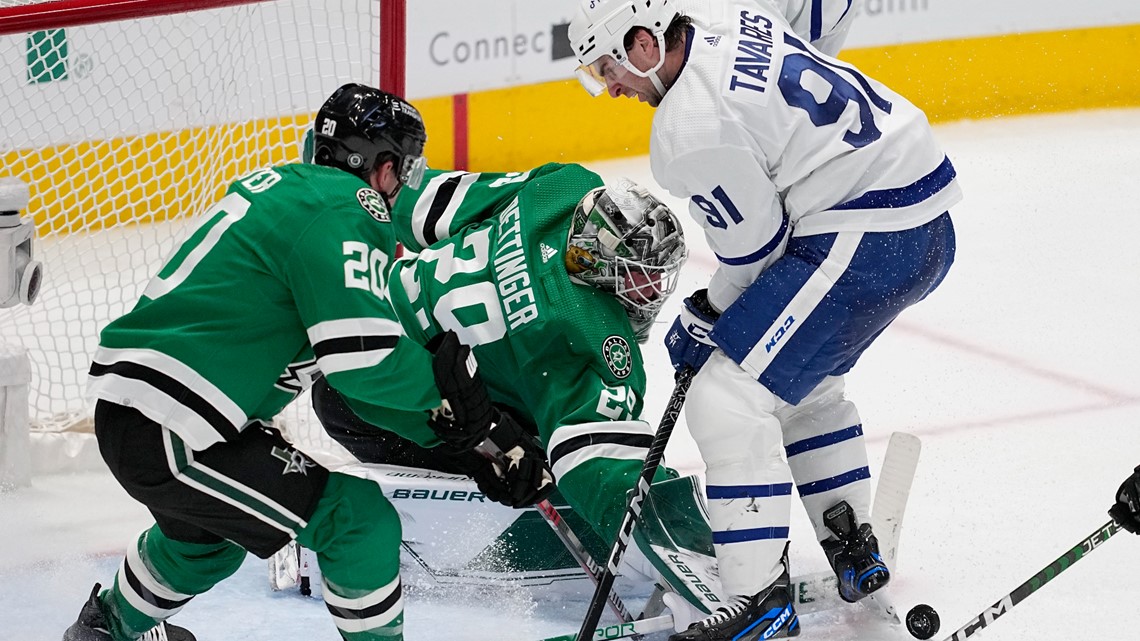 The Stars were shut out for the first time this season.

DALLAS — Matt Murray made a season-high 44 saves and Mitch Marner extended his Toronto-record point streak to 20 games with an early assist as the Maple Leafs beat the Dallas Stars 4-0 on Tuesday night.

John Tavares, Auston Matthews, Rasmus Sandin and Alexander Kerfoot scored for the surging Maple Leafs, who are 9-0-3 in their last 12 games.

Dallas went 0 for 7 on the power play in Toronto’s first shutout this season, including a four-minute double minor and a 5-on-3 for 1:38.

The Stars were shut out for the first time this season. Jake Oettinger stopped 25 shots.

It was the NHL’s first game featuring two players with point streaks of at least 18 games. The Stars’ Jason Robertson saw his run end at 18, a Dallas record. Robertson leads the NHL with 23 goals.

Marner got an assist when his wrist shot was stopped but Tavares tapped in the rebound 4:51 in for the first of two first-period Toronto goals.

Matthews took possession after his wrist shot was stopped and circled back into the slot to score at 17:36.

Sandin collected a loose puck just outside the crease and scored at 12:19 of the second period for a 3-0 lead.

Toronto played most of the game with only five defensemen. Victor Mete left with a lower-body injury after playing only 3:04 of the first period.

During part of Dallas’ 5-on-3 late in the second, the Maple Leafs were further handcuffed when Marner had to give up a broken stick. He still managed to block a shot.

During Marner’s streak, which began Oct. 27, he has nine goals and 18 assists.

It was the second and final scheduled meeting this season matching Robertson against his younger brother, Maple Leafs forward Nick Robertson.

Their mother, Mercedes, traveled from Michigan to attend the game. She followed her custom in these brotherly matchups by wearing the home team’s sweater and the visitors’ cap.

When the teams played in Toronto on Oct. 20, Nick Robertson scored his only two goals of the season to date — including the overtime winner.

“He wasn’t too happy about that,” Nick said of his brother when they visited after that game.