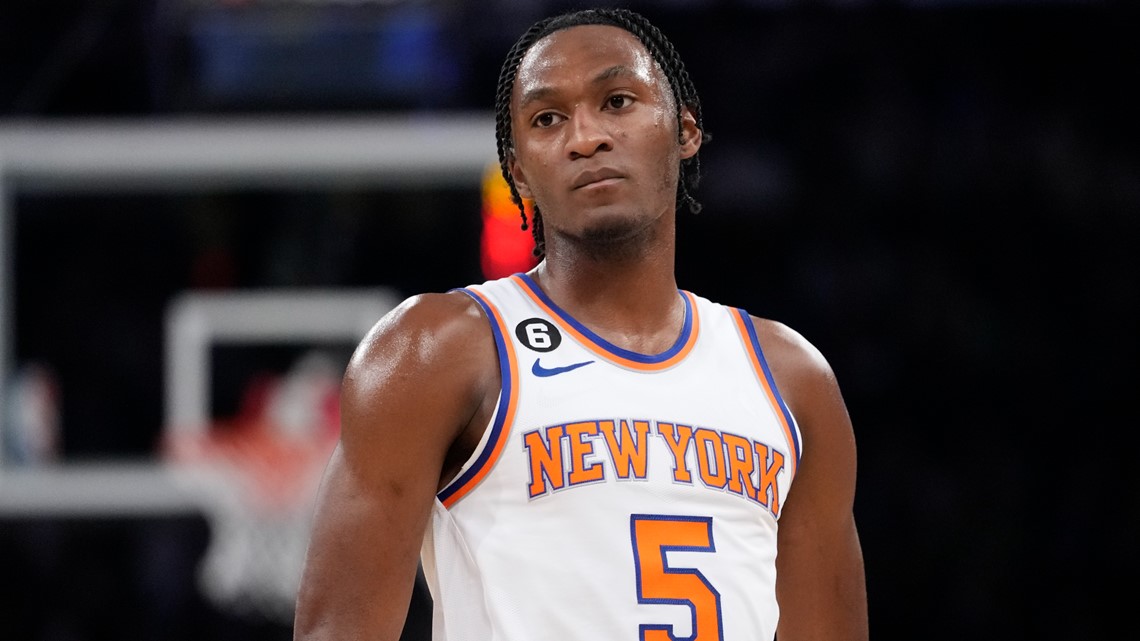 As the NBA Trade Deadline begins to approach, we’re looking at the New York Knicks and potential moves the 25-20 team could make next month.

NEW YORK — At 25-20 and after a mostly quiet 2022 offseason, the Knicks don’t appear in position to take a big swing at next month’s NBA trade deadline, but that doesn’t mean they won’t be involved.

In Wednesday’s episode of the Locked On Knicks podcast, host Gavin Schall and HoopsHype NBA insider Michael Scotto discussed the potential for both Immanuel Quickley and Cam Reddish to get traded in the coming weeks.

With Quickley, the Knicks are facing a decision in 2024 on whether and how much to pay him in restricted free agency, which is a natural inflection point in the relationship between a young player and the team that drafted them.

“That’s the thought process with Immanuel Quickley, is for the Knicks just deciding is this a guy they’re going to keep long-term essentially as one of their sixth men off the bench as Jalen Brunson and RJ Barrett are entrenched as the backcourt,” Scotto said.

Locked On has a DAILY podcast covering EVERY NBA team, find yours today!

New York’s front office has tended to be patient during its time leading the franchise, meaning a Quickley trade would be a bit of a surprise.

Part of the reason the Knicks may stand pat with the young scoring guard is that so far, the demand for him has been relatively low, and the Knicks have been unable to find a team willing to trade a future first-round pick for Quickley.

As for Reddish, who will enter restricted free agency this summer, there is more motivation on the Knicks’ part to trade him now, especially because he isn’t in the team’s rotation right now. New York’s push to trade him could be a win-win, said Scotto.

“One, to do right by him, to give him a chance to play somewhere else because he’s got to continue his career,” he said on Locked On Knicks. “But also for yourself to continue to stockpile the draft cupboard to see if you can find some diamonds in the rough, which they’ve shown an ability to do.”

Both players hold promise, but may make good on their promise away from Madison Square Garden when all is said and done.

Locked On has a DAILY podcast covering EVERY NBA team, find yours today!