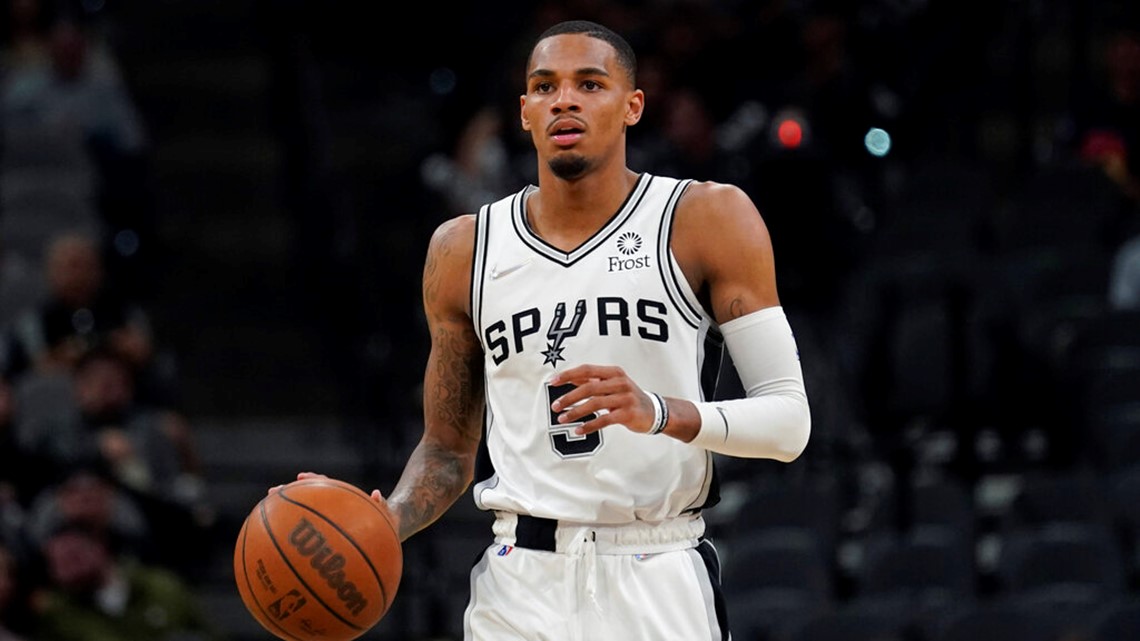 The former guard recently shared his thoughts on playing for the Spurs and it riled up Silver and Black fans.

SAN ANTONIO — Former San Antonio Spurs guard Dejounte Murray did not hold back about his thoughts on playing with the Spurs during an interview on “All The Smoke.”

Recently, Murray joined hosts Matt Barnes and ex-Spur Stephen Jackson to chat about his time in the NBA and his path to becoming a pro player.

The interview was lengthy but Murray had plenty of thoughts about playing for the Spurs.

From saying the team played mind games with him, that Tony Parker did not like him getting the starting job, the franchise’s success is the by-product of having Tim Duncan to how Duncan, Gregg Popovich, Manu Ginobili, and Parker ignored him when he arrived in San Antonio, Murray did not hold back.

However, he did make it clear he views the Spurs as “greatness,” complemented Ginobili for being a great teammate, and listed Duncan among his top 5 players of all time.

Silver and Black fans did not take well to the majority of Murray’s comments and one fan vented on social media which got Murray’s attention.

On an Instagram post by SpursMemes, the person posted how it is tough to root for Murray following his critical comments about the Spurs.

This prompted the ex-Spurs guard to respond stating he was just speaking the truth, that he did not say anything bad, and is thankful for his time in San Antonio.

Interestingly, Murray added that he left out the information that would make Spurs fans second-guess their support for the organization.

Never Said Nothing Bad But The Truth And Left Out 95% Of Stuff That Would Really Have YALL Second Guessing Who You Cheering For. I’m Thankful And Grateful And Won’t Change It For Anything And Lastly My LOVE For All The Fans Is Bigger Than Anything Because They Believed In Me More Than The Organization!!!!!!! You Don’t Gotta Support Me.

Guard Tre Jones commented on Murray’s interview and made it clear that his former teammate is a good person, believes there is no ill-will between Murray and the Spurs and is thankful for taking him under his arm when Jones was a rookie.

“Dejounte is a real good guy”

Prior to the Spurs’ recent game versus the Clippers, coach Popovich told the media that he did not hear Murray’s comments.

Murray was drafted by the Spurs in 2016 as the 29th overall pick.

The Spurs traded Murray to the Hawks for Danilo Gallinari, three first-round draft picks, and a draft swap in 2022.

Let us know what you think, Spurs fans. Follow us on Twitter at @KENS5 and at @JeffGSpursKENS5.