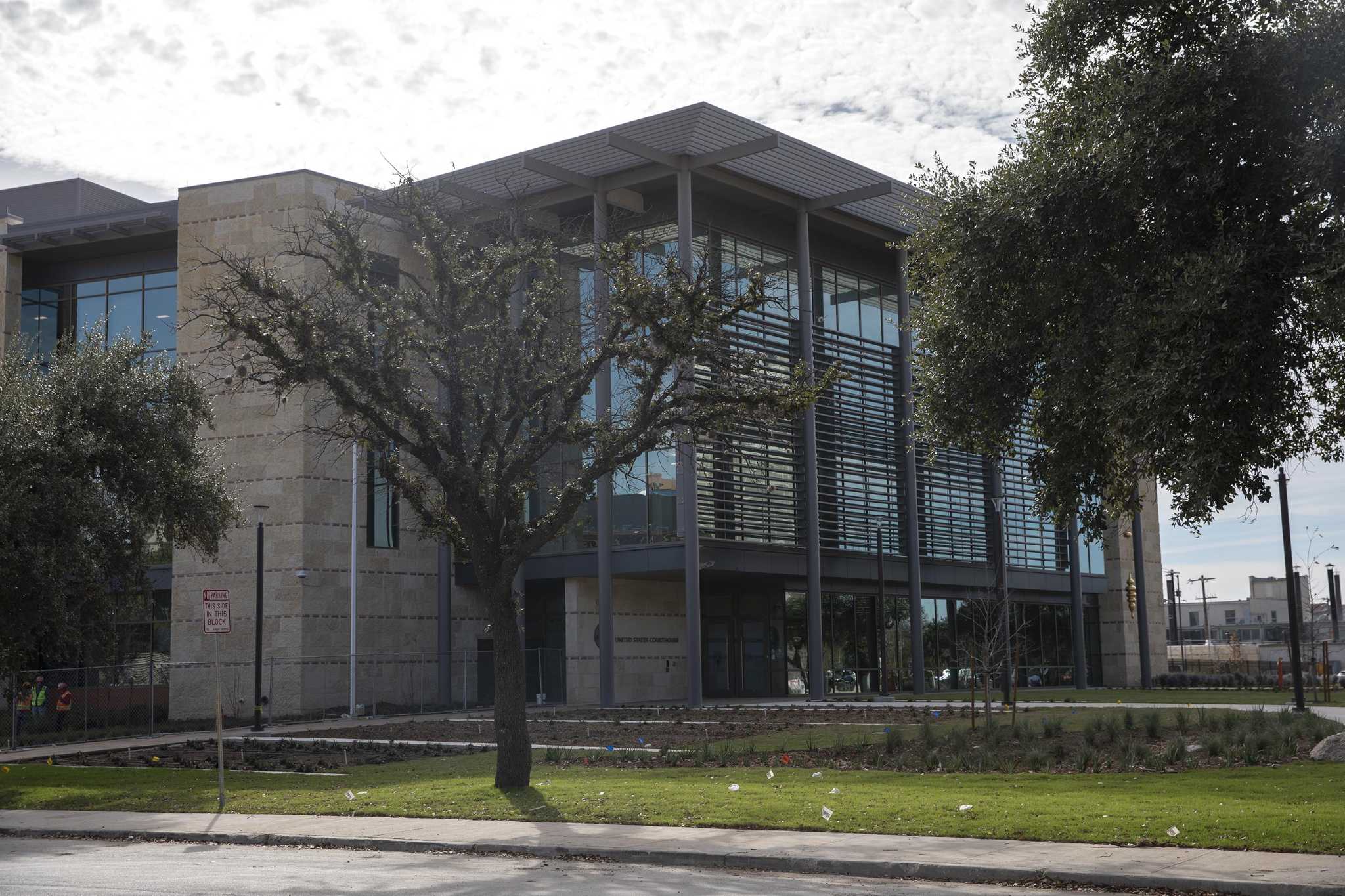 Padron, who had been free on bond since his conviction in June, was immediately taken into custody by U.S. marshals despite his lawyer’s request that he be allowed to surrender at a later date.

“Congress thought it prudent to set aside contracts for veterans who are service-disabled,” U.S. District Judge Xavier Rodriguez said in delivering the sentence. “And here’s yet another scam.”

Rodriguez wasn’t swayed by Padron’s plea for mercy or his lawyer’s request that he be sentenced to probation or home confinement.

“There’s still no showing by you that you did anything wrong,” the judge said. “You continue to blame others for this.”

The courtroom was mostly filled with Padron’s family, friends and employees. Some were teary-eyed and shouted “love you” as he was taken into custody.

In June, a jury found Padron guilty of conspiracy to defraud the United States and six counts of wire fraud after a six-day trial. He was found not guilty on two wire fraud counts.

Padron intends to appeal his conviction, Santosh Aravind, his lawyer has said.

Rodriguez sided with Padron in finding that there was no evidence presented by prosecutors that the government suffered a $6.3 million loss from the scheme.

As a result, Padron owes no restitution in the case — though the judge expected prosecutors to appeal.

He was ordered to pay a $250,000 fine on each count for a total of $1.75 million. Padron also must serve three years of supervised release after his prison term ends.

The conspiracy stretched from 2004 through at least 2017 and resulted in Padron’s Blackhawk Ventures and other companies receiving contracts intended for service-disabled vets, the March 2021 grand jury indictment stated.

Two others who conspired with him — former San Antonio apartment developer Michael Wibracht and Ruben Villarreal, who both pleaded guilty to conspiring to defraud the government rather than stand trial — are slated to be sentenced in March. Both defendants testified for the prosecution at Padron’s trial.

Leading up to the sentencing, Padron’s lawyers and prosecutors battled over the terms of his sentence in court papers.

Padron’s lawyers argued probation was “sufficient…to effectuate the purposes of sentencing,” while prosecutors said the judge should sentence him within the sentencing guidelines of nine to 11¼ years. The guidelines were adjusted to a range of 21 to 27 months during the court proceeding after the judge determined there was no loss suffered by the government.

The criminal justice system should not incarcerate people like Padron for a long time, Aravind told the judge before sentencing.

“He’s 63 years old,” the lawyer said. “He’s not going to commit another crime again. Everything in his life has been taken from him. He can’t bid on any government contracts again. As a convicted felon and the infamy that comes from the coverage of his case, he’s going to struggle to find work.”

Padron described himself as a first-generation Mexican American who grew up on the South Side and dropped out of high school to support his mother and five brothers following the death of his father. He later earned a high school equivalency diploma and an associates degree and went on to launch a construction company, Mapco Inc., that created hundreds of jobs.


In speaking to the judge, Rodriguez never addressed the circumstances that led to his conviction.

“Your honor, I’ve tried really hard all my life to do the right thing for myself, for those around me, and my community,” Padron said.

Twenty-one of Padron’s friends, family members and colleagues in the construction industry wrote letters to the judge in support.

Prosecutors had a different view.

“This is not a case where a novice businessperson made a series of unfortunate mistakes,” they wrote in Dec. 6 court document. “This is a case where an experienced federal contractor, though never a veteran, much less a service-disabled veteran, carried out an intricate scheme to cheat the federal government and take away opportunities that should have rightfully gone to service-disabled veterans and small business owners.”

On ExpressNews.com: The rise and fall of a San Antonio apartment developer

Padron placed blame for the scheme on Wibracht, 49, the one-time developer known for adapting old, neglected buildings for apartments in parts of San Antonio that lacked affordable housing.

Through his 210 Development Group, Wibracht converted a century-old peanut factory on South Frio Street on the near West Side into about 100 apartment units.

On the South Side, 210 Development turned some old military barracks and a dining facility at Brooks City Base into the 280-unit Aviator Apartments. The trailblazing developments attracted the attention of former Mayor Henry Cisneros, who invested with partner Victor Miramontes in a project to remake a former seminary school near Mission Concepción into apartments.