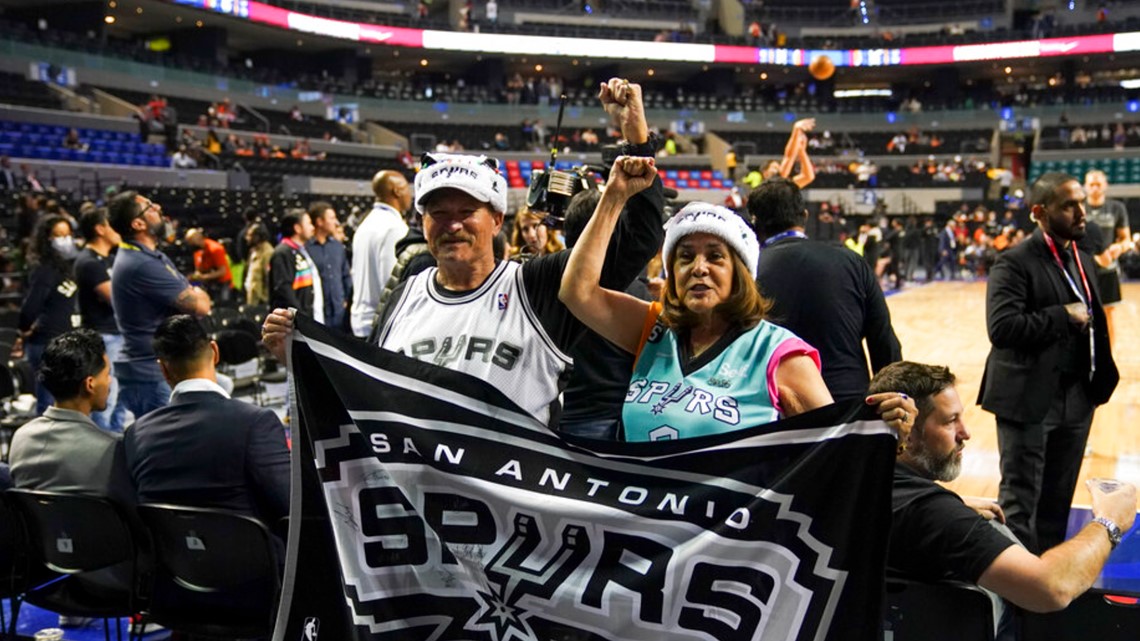 Silver and Black fans don’t aim their complaints at NBA officiating on the social media platform.

SAN ANTONIO — The San Antonio Spurs currently own a below .500 (14-31) and are projected to end the season with one of the league’s worst records.

This outcome was predicted ahead of the start of the new season, so Silver and Black faithful are not really complaining about refs during Spurs games.

And that is exactly what a recent study showed about the fanbase.

BetOnline recently released information on which NBA team fanbase complains the most about refs during games on the social media platform, Twitter.

According to the information revealed, only 4.49% of Spurs fans complain about refs during games.

This places the fanbase at No. 19 out of 30 NBA teams. That is in the bottom half of all fanbases.

The Warriors, Bulls, and Cavs fans have the most complaints with NBA officials this year according to the study.

For Silver and Black fans, it is understandable why they do not complain on Twitter about NBA officiating during games.

As mentioned, it is a down season, and most fans are hoping for more losses in order for the team to secure one of the bottom records to secure that 14% chance at winning the 2023 NBA Draft Lottery.

What do you have to say, Spurs fans? Follow us on Twitter at @KENS5 and at @JeffGSpursKENS5.