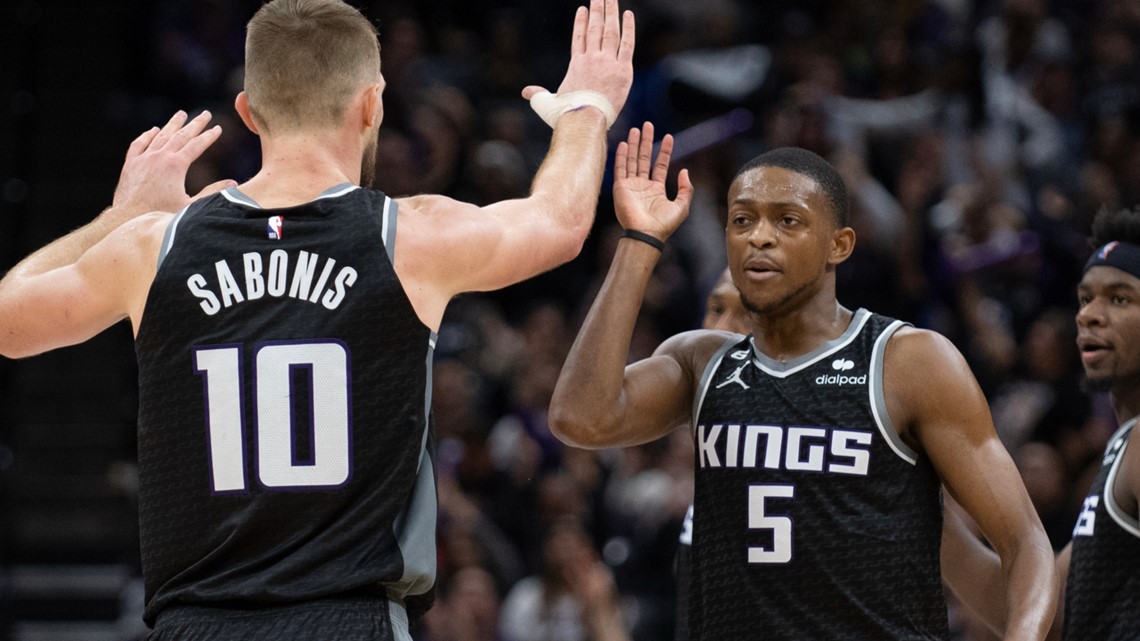 The Kings, who have not made the playoffs since 2006, are lightning up the NBA and currently sit at third in the Western Conference.

SACRAMENTO, Calif. — The beam-lighting Sacramento Kings might be the biggest surprise through the first half of the NBA season, playing some of the best offense in the league and currently sitting third in the Western Conference standings.

The Kings are coming off a massive 133-100 victory over the Memphis Grizzlies on Monday night, the current No. 2 team in the West.

Sacramento’s success is due in large part to the balance and unselfishness of their two star players, said Locked On Kings host Matt George in an appearance on Monday’s Locked On NBA show.

“Domantas Sabonis is not the best player on this Kings team, but he is the most important player. The best player, that title goes to De’Aaron Fox, and the reality is whether you’re talking best or most important, neither of those guys care about that conversation,” George said. “All they care about is winning.”

SUBSCRIBE to the daily Locked On NBA podcast, covering all things around the NBA, every day. Free and available wherever you get your podcasts!

Sacramento had the No. 2 offense in the NBA as of Monday, and Sabonis and Fox are both averaging at least 19 points and six assists.

George also credited new Kings head coach Mike Brown, who has crafted a rotation and offensive system that puts both players in position to succeed.

“Everything for three, three-and-a-half quarters goes through Sabonis, and then when it comes to the fourth quarter, when it comes to clutch time, De’Aaron Fox has completely mastered that role,” George said.

That success also has both Fox and Sabonis in position for All-Star consideration next month in Salt Lake City, but as George noted, neither player emphasizes accolades. They have won by playing cohesively together.

Sacramento, which is 8-3 in its last 11 games, take on the Raptors at home on Wednesday.

SUBSCRIBE to the daily Locked On Kings podcast, covering all things Sacramento Kings. Free and available wherever you get your podcasts!