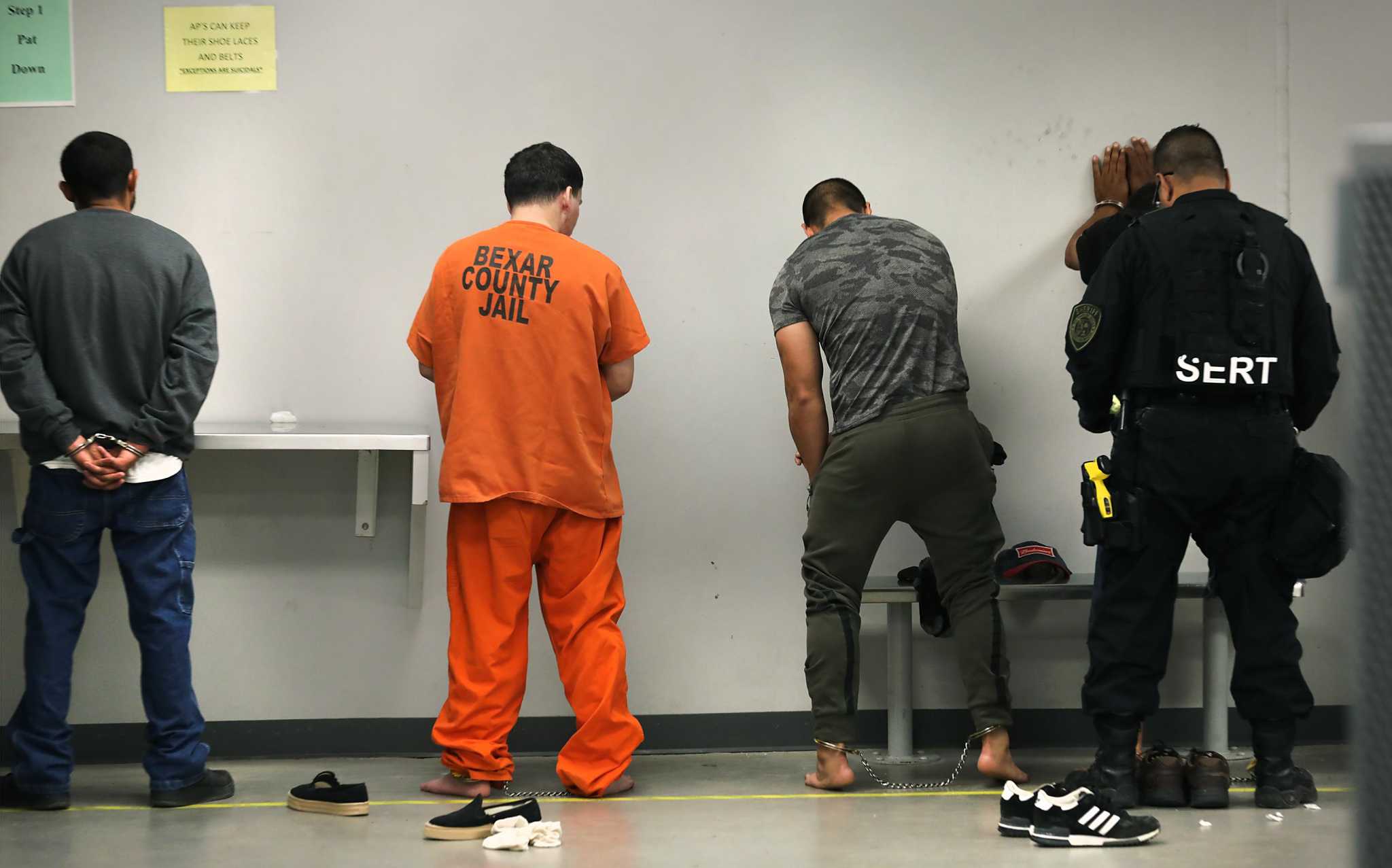 SAN ANTONIO — Overtime costs at the Bexar County jail continue to rise, and Commissioners Court urged the sheriff to dig deeper to save money as he once again requested funds.

Precinct 2 Commissioner Justin Rodriguez asked what the incentive is for Salazar to come in below the projected estimate for overtime costs.

“It’s kind of like a broken record. Year in, year-round, we’re budgeting $11 million to $13 million in overtime,” Rodriguez said after the meeting. “I’m simply just asking him (Salazar) to be a little more creative, if you want to call it that. Just to have some goals as he projects these hours for overtime to try to be more conservative with that.”

It’s not the first time county leaders have given the sheriff only part of his request. They approved $2.2 million of Salazar’s $2.7 million request in November.

A large part of the problem, the sheriff said, is there are 731 inmates who need to be moved elsewhere, which would “seriously impact” the amount of mandatory overtime accrued by detention officers.

For example, 288 have been ruled incompetent to stand trial and need to be moved. Before the pandemic, Salazar said, there were only 59 people in that category.

Precinct 4 Commissioner Tommy Calvert said the county should highlight the cost of housing those inmates. It costs $80 per day to take care of most inmates. But severely ill inmates can cost the county up to $300 daily because they have to be held separately.

He said some at the state Legislature have even suggested reimbursing the county for housing state prisoners.

Rodriguez plans to work with the sheriff to discuss ideas tossed around at previous meetings, such as changing work hours to 12-hour shifts in the jail, allowing a three-day weekend.

Commissioner Grant Moody asked the sheriff about the progress regarding plans to improve morale and deputy retention at the jail, which has been a challenge.

Salazar said the county hired 300 new detention officers last year. But, many leave after about two years, many of whom are pursuing a career in law enforcement.

The county would have the funds to hire fewer people because of the difference in pay, but detention officers — who are more difficult to recruit — would be encouraged if they had more opportunities to move over to the law enforcement side.

Sakai mostly listened to the suggestions and said he had met one-on-one with the sheriff and deputies to hear the problems plaguing the jail. He recalled his campaign platform focused on fixing the system, saying everyone needs to be aligned on a solution to save the taxpayers money.

“We’ve got a lot of work to do,” the judge said as the commissioners approved the allocation.

Man shot by driver of 18-wheeler in road rage incident on Loop 410, SAPD says
'I ducked for my life': Street shootout on far west side ends in teen's arrest, detectives searching...
Teen suspect in custody after shooting between two cars leads to lockdown at Brennan High School