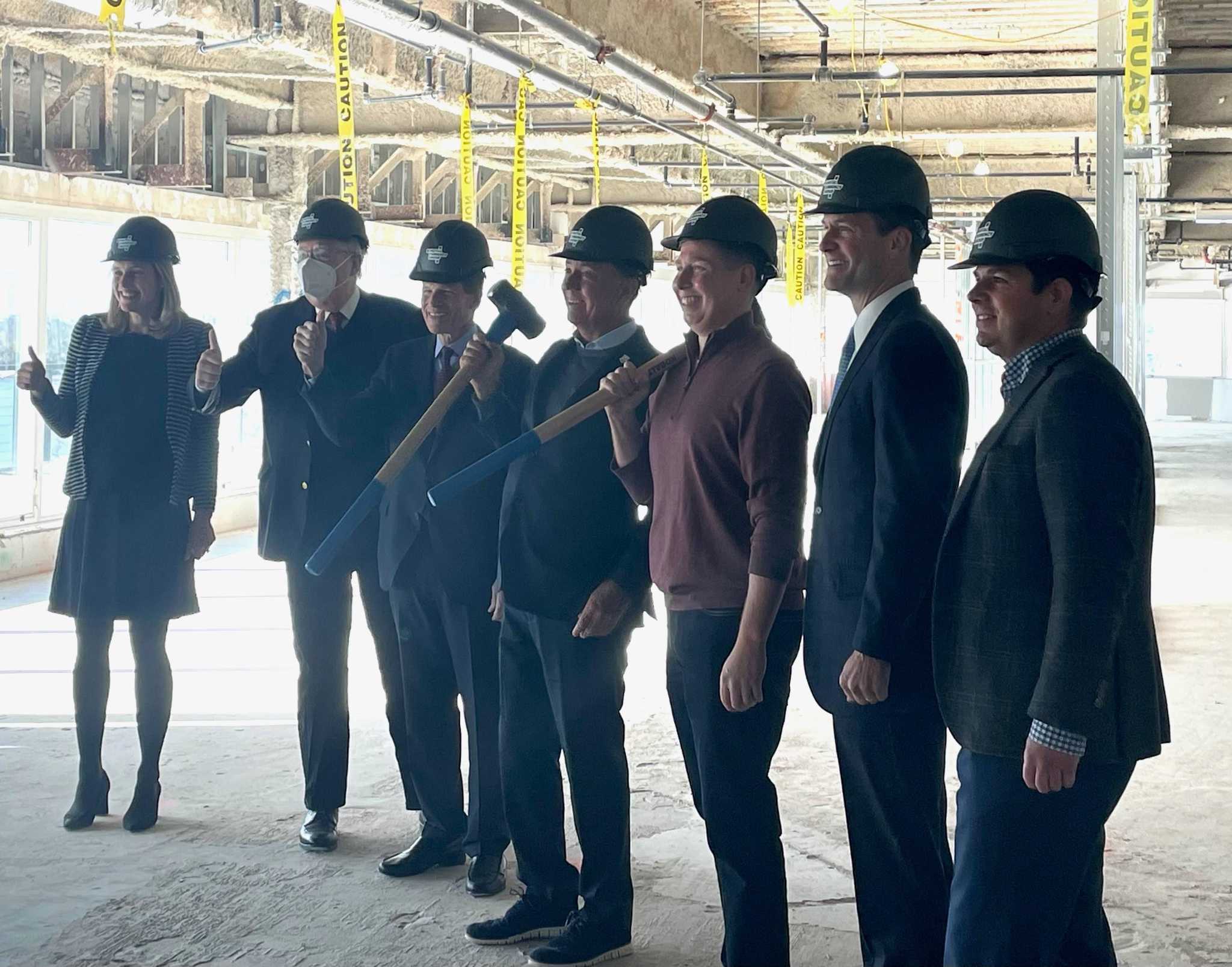 STAMFORD — Embattled cryptocurrency conglomerate Digital Currency Group is shutting down one of its Stamford-based subsidiaries, while another of its businesses has filed for bankruptcy and faces federal charges — pressures that reflect widespread disruption in its industry.

In a letter last week to shareholders, DCG founder and Chief Executive Officer Barry Silbert said the company had “made the difficult decision to wind down” HQ, the wealth management business that DCG founded in 2020. Employing about 30 people, most of whom are based in Stamford, HQ is set to be dissolved by the end of this month.

“While we still believe in the HQ concept and its outstanding leadership team, the current downturn is not conducive for the near-term sustainability of that business,” Silbert said.

The shutdown of HQ follows the opening last year of DCG’s headquarters at 290 Harbor Drive in the Shippan Landing complex, after the company relocated from Manhattan. DCG still has its operations there, as well as those of two other subsidiaries, digital currency asset manager Grayscale Investments and institutional trading platform TradeBlock.

DCG officials were not able to immediately provide a current head count for their Stamford offices. In November, following earlier layoffs, the company said it had 58 Stamford-based employees, not including subsidiaries’ staff.

The company had a much more bullish outlook when it announced in November 2021 its arrival in Connecticut with a news conference at 290 Harbor Drive that was attended by elected officials, including Gov. Ned Lamont, Sen. Richard Blumenthal and Rep. Jim Himes. If it creates and retains more than 300 full-time jobs, DCG would earn from the state Department of Economic and Community Development a grant of up to approximately $5 million. If it creates a smaller number of jobs, it would receive a smaller amount of grant funding.

“There has been no discussion of renegotiating or changing in any way that deal,” Alexandra Daum, DECD’s commissioner designate, said in an interview. “We wish them well as they navigate the current tumult in the industry.”

No funding has been disbursed so far to DCG, which has not yet completed the signing of its contract with DECD. Company officials said DCG is still on track with its paperwork.

“We have proceeded in good faith, submitting signed documents as recently as the summer (of 2022),” Amanda Cowie, a spokesperson for DCG, said in a statement. “We have a signed LOI (letter of intent) and a financial plan with DECD, and a good working relationship with our business partners there.”

Other DCG businesses are also under pressure, including Manhattan-based crypto lender Genesis, which filed for bankruptcy on Thursday.

Genesis had been reeling for some time, having temporarily suspended withdrawals and lending in November in the wake of the collapse of crypto exchange FTX. Earlier this month, it laid off 30 percent of its staff, according to The Wall Street Journal.

The firm is also in the sights of federal regulators. Last week, the Securities and Exchange Commission charged Genesis and crypto exchange Gemini for what it said was the unregistered offer and sale of securities through the Gemini Earn crypto asset lending program.

Launched about two years ago, Gemini Earn allowed investors to loan their crypto assets to Genesis in exchange for Genesis’ promise to pay interest. In November, Genesis announced it would not allow Gemini Earn investors to withdraw their assets because Genesis “lacked sufficient liquid assets to meet withdrawal requests following volatility in the crypto asset market,” the SEC said in a news release. At that point, Genesis held approximately $900 million in assets from 340,000 Gemini Earn investors, the SEC said. Gemini terminated Gemini Earn earlier this month, but investors still have not been able to withdraw their assets, according to the SEC.

“We allege that Genesis and Gemini offered unregistered securities to the public, bypassing disclosure requirements designed to protect investors,” SEC Chairman Gary Gensler said in a statement in the news release. “Today’s charges build on previous actions to make clear to the marketplace and the investing public that crypto lending platforms and other intermediaries need to comply with our time-tested securities laws. Doing so best protects investors. It promotes trust in markets. It’s not optional. It’s the law.”

“There is no path forward as long as Barry Silbert remains CEO of DCG,” Winklevoss, a Greenwich native, said in an open letter last week to the board of DCG. “He has proven himself unfit to run DCG and unwilling and unable to find a resolution with creditors that is both fair and reasonable.”

DCG responded in a message sent from its Twitter account, saying, “This is another desperate and unconstructive publicity stunt from @cameron to deflect blame from himself and Gemini, who are solely responsible for operating Gemini Earn and marketing the program to its customers.”

Along with his twin brother and fellow Gemini founder, Tyler Winklevoss, Cameron Winklevoss was also involved in a now-settled legal battle with Facebook co-founder Mark Zuckerberg. The contention between the Winklevoss brothers and Zuckerberg was chronicled in the 2010 film, “The Social Network.”