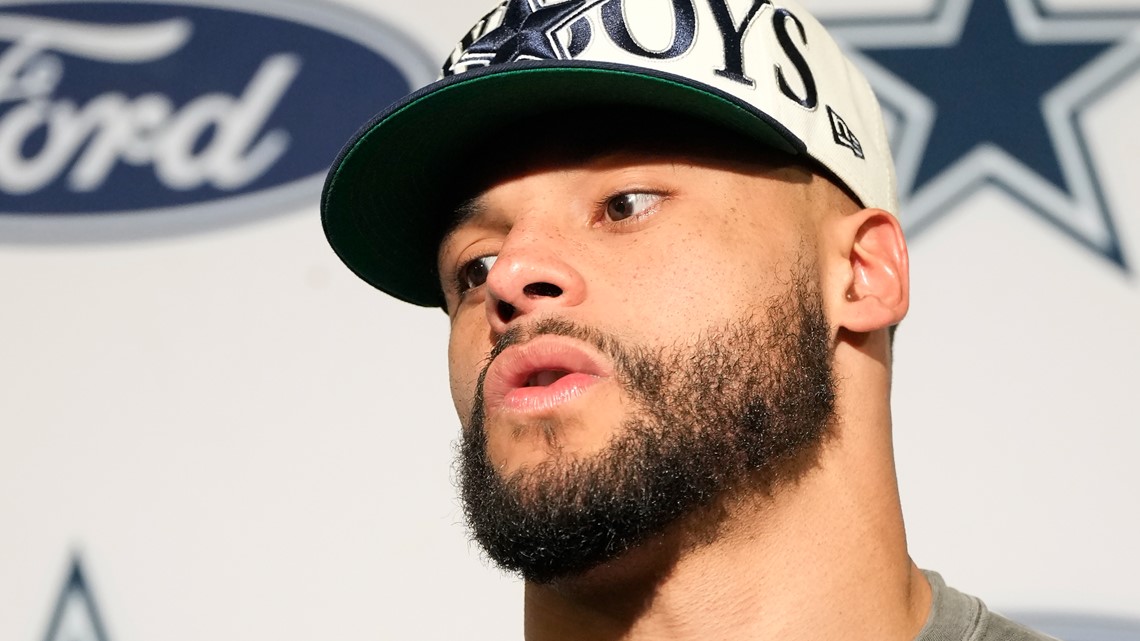 Dallas came up short against San Francisco in a defensive-packed divisional round playoff game.

SANTA CLARA, Calif. — The Dallas Cowboys were, once again, knocked out of the playoffs by the San Francisco 49ers.

Sunday’s matchup was a defensive battle for both sides, but the 49ers took advantage of some wearing-down of the Cowboys defense in the fourth quarter. With 10 points in the fourth, San Francisco came away with a 19-12 win.

The main word Cowboys head Mike McCarthy and players used to sum up the game was “disappointing.”

“Obviously just extremely disappointing. This has been an incredible journey with this group of men. We came up short tonight to a very good football team,” McCarthy said during his postgame news conference.

McCarthy said he was pleased by the defense, which held San Francisco to one touchdown, but that it wasn’t enough.

“I think as a whole today we knew it was going to be a slug fest. We just didn’t quite do enough. You can go through the statistics, the decisions. I thought defensively, we did a really good job for the most part,” the Cowboys head coach said.

The story of the first half was quarterback Dak Prescott’s two turnovers. While he didn’t struggle with interceptions in the wild card round against Tampa Bay, the turnover struggles came back to haunt him.

“Any turnover was big… we knew the turnover ratio going to be huge in this contest,” McCarthy said. “You can’t turn the ball over. That’s always a focus.”

Prescott was asked about his two turnovers while he spoke at his postgame news conference and explained what happened.

“The first one, hitched just one too many times. Understandably, hitching three times thought I was gonna go on a scramble,” Prescott said regarding his pass to receiver Michael Gallup. “The [49ers defender] just came back to the ball and made a play. I’ve gotta throw that one away or use my feet get out of the pocket.”

“On the second one, nickel squeezed. Tried to throw it low to CeeDee but [the 49ers defender] was able to make a play on it, tip it up in the air,” Prescott said about the second turnover. “Two throws that I can’t have, you can’t have in the playoffs. No excuses for that. Those two are 100% on me.”

Prescott took accountability for his play after finishing with 206 passing yards and one touchdown.

“It hurts. Very disappointing. Disappointed in my play. Disappointed for the guys in the locker room,” the Cowboys quarterback said. “… For us to only put up the points that we did, that’s unacceptable. And it starts with me. I’ve gotta be better.”

On the defensive side, leaders Micah Parsons and DeMarcus Lawrence spoke to reporters in the locker room and praise the defense’s effort in the loss.

“I don’t think we really ran out of gas,” Parsons said. “… I think everybody left it out there. But [the 49ers] made bigger plays.”

“Very disappointing that we didn’t come home with a win today. Feel like my guys did a hell of a job leaving it all out there with their effort,” Lawrence said.

The regret for Lawrence?

“Put nine years into this, having so many opportunities to be in the playoffs it’s a blessing. But also you gotta take advantage of those blessings,” Lawrence said. “Fell short again.”