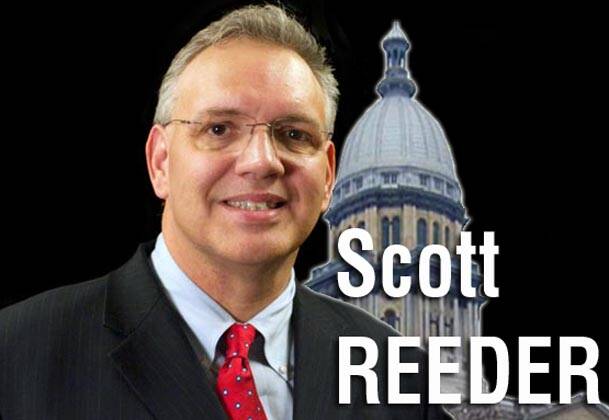 Such statements have become nearly a cliche in police departments across the nation. But the statement is not always true. Some laws are enforced more readily than others.

And over the years, more than a few sheriffs have issued press releases saying they won’t enforce one particular law or another.

For example, Bexar County, Texas, Sheriff Javier Salazar announced June 25, after the U.S. Supreme Court overturned the Roe v. Wade decision, which established a woman’s right to abortion, that he would not enforce a Texas law restricting abortion.

“Shame on the Supreme Court and the bureaucrats in Washington, D.C., and Austin who are attempting to impose their own supposed morals on others,” Salazar, whose jurisdiction includes San Antonio, wrote in the post. “They will not use my badge or the color of my office to do so.”

Not surprisingly, his statement was criticized by Texas conservatives and praised by progressives.

Should a cop just ignore a law because he just doesn’t like it?

That question is being asked in Sangamon County, where Sheriff Jack Campbell has announced he will not enforce an assault weapon ban recently passed by the Illinois General Assembly and signed by Gov. J.B. Pritzker.

Campbell, who said he believes the bill violates the Second Amendment, joined the vast majority of Illinois county sheriffs who have said they will not comply with the act.

“I believe this is not just my moral duty, but my constitutional duty to defend the citizens’ right to keep and bear arms,” he told Illinois Times.

The Protect Illinois Communities Act, signed into law by Gov. J.B. Pritzker on Jan. 10, immediately banned the sale and purchase of a list of semiautomatic firearms and gave owners of those weapons until Jan. 1 to report their serial numbers with the Illinois State Police.

“At this point, I don’t see any part of it that I am comfortable with because all it does is begin to encroach on our Second Amendment rights,” he said. “If we don’t say, ‘no’ now, we might find ourselves living in a country we really don’t want to live in.”

It should surprise no one that it is sheriffs that are making public pronouncements about not enforcing controversial laws. After all, they are politicians wearing uniforms.

But is it appropriate for law enforcement agencies to refuse to enforce laws they don’t like?

Well, to a certain extent, they have always done that.

When I was a newspaper reporter in Las Vegas, Nevada was the only state where possession of any amount of marijuana was a felony.

At the time, I asked two cop friends how they went about enforcing the state’s Draconian pot law. One a University of Nevada Las Vegas police officer said when she smelled marijuana while patrolling the dorms, she simply ignored it. Another, a constable in Clark County, Nevada, said when he found marijuana while serving eviction orders, he’d simply flush it down the toilet but not make any arrests.

Neither believed pursuing felony charges against the scofflaws was a good use of law enforcement resources. Then again, the Nevada Legislature — duly elected by the people — said this was criminal behavior. Should these cops have turned a blind eye on felonious behavior?

Is it their place to pick and choose what laws to enforce? Most civics books would say “no.”

When sheriffs announce they won’t enforce a particular law they are committing an ethical transgression, said Robert Wadman, a former police chief in Aurora in Illinois and Omaha, Nebraska, and a professor emeritus at Weber State University.

Here is the rub, the Bexar County sheriff said he wouldn’t enforce abortion restrictions after the U.S. Supreme Court ruled such laws were constitutional. The Nevada cops I knew cast a blind eye toward marijuana laws that while lousy public policy did pass constitutional muster.

Campbell and more than 70 other Illinois sheriffs say they won’t enforce the law before its constitutionality has been considered by a single judge. Could the new law be ruled unconstitutional? Yes. But it’s far from a certainty, says Eric Ruben, a law professor at Southern Methodist University, who specializes in the Second Amendment.

“It sends a message to citizens that they don’t have to follow the law. And it sets sheriff’s up as the people who decide whether a law is constitutional – and that’s not their role. In a way it would have been more honest to say they weren’t going to enforce the law because they didn’t agree with it. But they are weighing on its constitutionality and that’s not their job.”

The right to bear arms, like any right, isn’t an absolute. Ultimately, whether the law is constitutional will be decided by the courts.

With the current makeup of the U.S. Supreme Court, it is unclear whether the assault weapon ban will pass constitutional muster, he said.

“I think there are at least three justices who would vote to strike it down – but I’m not sure if there are five,” he said

In the meantime, it would be best if sheriffs just enforced the law rather than opine on its constitutionality.

Scott Reeder, a staff writer for Illinois Times, can be reached at sreeder@illinoistimes.com.

San Antonio endures a little more cold and rain before sunshine ... - Texas Public Radio
Suspect shot, killed outside North Side bar identified by ME’s Office
18-year-old suspect arrested for the murder of his ex-girlfriend and another man