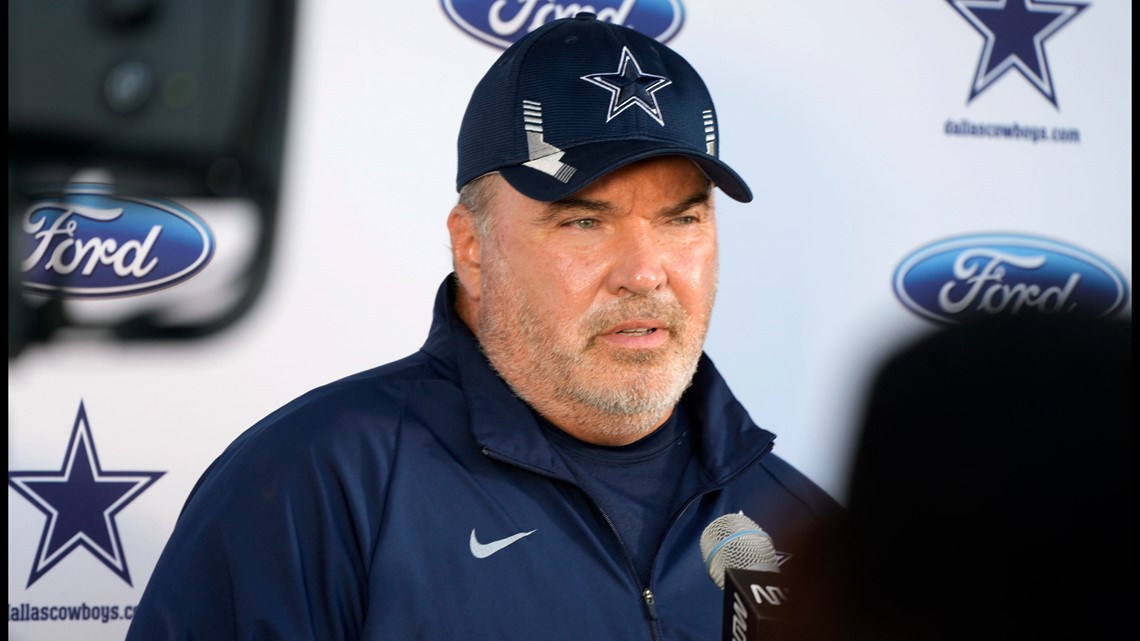 The Dallas Cowboys will be aiming to begin the second half of their season with a victory against the Packers in Mike McCarthy’s return to Green Bay.

DALLAS — Fresh off of a week of rest, it’s back to the grind for the Dallas Cowboys, who gear up for the second half of their schedule. First up on the slate are the Green Bay Packers, who are reeling as losers of five straight games.

The Packers have been a consistent thorn in the side of the Cowboys over the years, having won five of their last six meetings against Dallas. Some of those losses were devastating playoff games, and many of them also came at the hands of Mike McCarthy and quarterback Aaron Rodgers. The quarterback remains, but McCarthy is now on the opposite sideline.

Week 10 isn’t a normal game between two of the high-profile teams in the NFL, as each are heading in different directions this season. But with pride on the line, and familiarity a prominent theme, this one could be bigger.

McCarthy returns to Green Bay where they have a street named after him following his success over 13 years, which included one Super Bowl win and an aptly named Lombardi Trophy. The Cowboys’ head coach was emotional this week when talking about returning to play against his old team.

Mike McCarthy when being asked about what he misses the most about the community in Green Bay:

“This is B.S. You guys are trying to make me cry.”

He proceeded to answer the question and indeed did get choked up before finishing with, “the people.” #Cowboys #NFL

However, for as unceremoniously as he was let go, this game feels like it could mean more to McCarthy. Sunday’s contest certainly means a lot to the 2022 Cowboys, who have a difficult stretch to start the back half of their schedule.

Here are the keys to beating the Packers in Week 10 while exorcising some Green Bay ghosts:

The Packers have one of the best running back duos in the league with Aaron Jones and A.J. Dillon. Their offense runs it for 120.7 yards per game, which is the middle of the pack, but Jones and Dillon are responsible for almost 92% of Green Bay’s rushing yards.

Jones is 12th in the league in rushing, but is averaging 5.6 yards per carry, which is good for sixth best in the NFL. The sixth year back out of UTEP is the quicker runner and is an all-purpose threat who is second on the Packers in receptions and touchdown catches with three.

Dillon, meanwhile, is the bigger, bruising running back who will hammer defenses. For his size, it’s hard to believe that Dillon only has one rushing score this year, but he’s a threat inside the red zone.

The biggest weakness for the Cowboys remains their run defense and they’ll be tested by a great backfield tandem for the Packers.

The Packers are usually one of the better teams in the league at pressuring the quarterback, but that has not been the case this season. Through nine games, the Packers defense has just 17 sacks, and only six of those have come during their recent five-game slide.

It’s a situation that got even worse last week when linebacker and leading pass rusher Rashan Gary tore his ACL. Gary led the Packers with six sacks and is now out for the season, no other defender has more than 3.5 sacks.

The Cowboys have been among the best in the game at avoiding sacks, with Prescott and Cooper Rush going down a meager 12 times in eight games. The combination of Green Bay being one of the worst pass rushing teams, and the Cowboys among the best at not allowing sacks should work in Dallas’ favor.

Stay out of obvious passing situations

The Cowboys got Prescott back two games ago after he missed five weeks and he’s still working his way back into rhythm after the long layoff. Prescott was shaking off the rust in the win over the Detroit Lions in Week 7, and he followed that up by playing better in the victory against the Chicago Bears in Week 8, but then came the bye week to halt any momentum that the passing game had going.

To ensure that the offense continues to improve, Dallas needs to make sure that they stay ahead of the chains. Getting in down and distances where the Packers know a pass is coming is a recipe for trouble. The Packers have one of the best secondaries in the NFL and are ranked second in the league in pass defense, allowing just over 170 yards per game.

The Cowboys will not be able to thrive in third and long situations this week, so many of those frequent second and long runs that offensive coordinator Kellen Moore likes to call should be scrapped.

How often teams run the ball on 2nd & 10 after getting an incompletion on 1st & 10 this season. Mike McDaniel just gets it, even in his first season as head coach. pic.twitter.com/zODK7gUdCs

Those types of runs drive Cowboys fans crazy and Moore calls them at an above average rate compared to most teams in the league. That won’t work against a Packers’ passing defense that boasts Jaire Alexander patrolling the backfield as one of the game’s best cornerbacks.

Week 10 represents a different type of contest for the Cowboys as they’re playing a team fighting for their season and one that seems due for a better performance following five straight losses. The energy will be there for the Cowboys with McCarthy playing against his former team, but that must not prevent Dallas from keeping their composure.

Rodgers hasn’t played well this season and will be coming off a rare three interception game last week, but he’ll be primed to beat McCarthy. There’s no one more dangerous in the league than Rodgers when he’s playing with a chip on his shoulder.

The Packers are a prideful team that still has a quality roster, and they’re tough to beat at Lambeau Field. This won’t be an easy game for the Cowboys, who need to treat their opponent as an equal if they want their seventh win of the season.

Do you think Mike McCarthy will come out a winner in his return to Lambeau? Share your predictions with Ben on Twitter @BenGrimaldi.