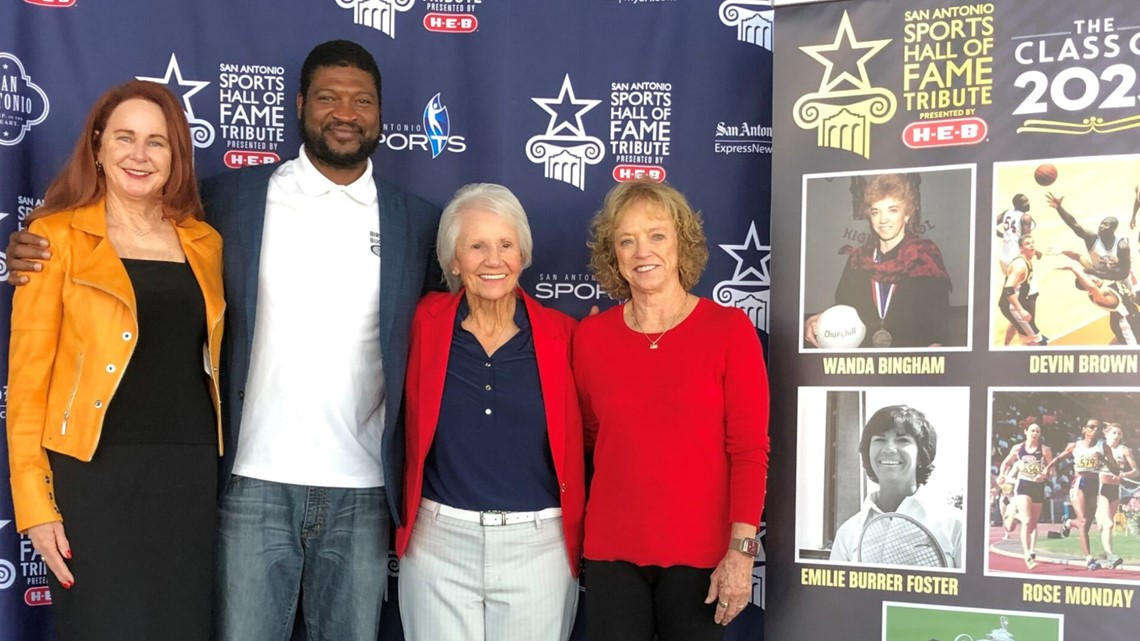 SAN ANTONIO — The San Antonio Sports Hall of Fame has announced its 2023 class of inductees.

They will be officially inducted on May 13 at the Henry B. Gonzalez Convention Center.

Brown is one of just two Roadrunners to play in the NBA, and the San Antonio native is the only one from the school to play for the Spurs. He was the first in school history to have his number retired after leading UTSA to its second NCAA tournament berth as a freshman.

A graduate of South San Antonio West Campus High School, the guard was the third-leading scorer in Roadrunners history and made the All-Southland Conference first team three times.

Monday made a name for herself in the ’80s as one of the fastest women to compete in the 800-meter and 1,500-meter events, qualifying for the Olympic Trials several times. After becoming UTSA’s cross country and middle-distance coach in 2000, she eventually became the middle and distance coach for USA Track & Field for the 2012 and 2016 Olympics.

For the 2020 games in Tokyo, she served as the head coach.

Walker won the 2016 PGA Championship and was part of the Ryder Cup team that triumphed that year. The Canyon High School and Baylor University graduate won six PGA Tour events in his career.

Foster won a quartet of national championships for Trinity, winning the singles and doubles championships in 1968 and 1969. She turned pro, then came back to coach Trinity’s women’s team for over 20 years—leading them to a 259-94 record in that time, along with two finals appearances. She earned D-I Coach of the Year honors in 1983, and coached 12 All-Americans and a doubles team that won a national title.