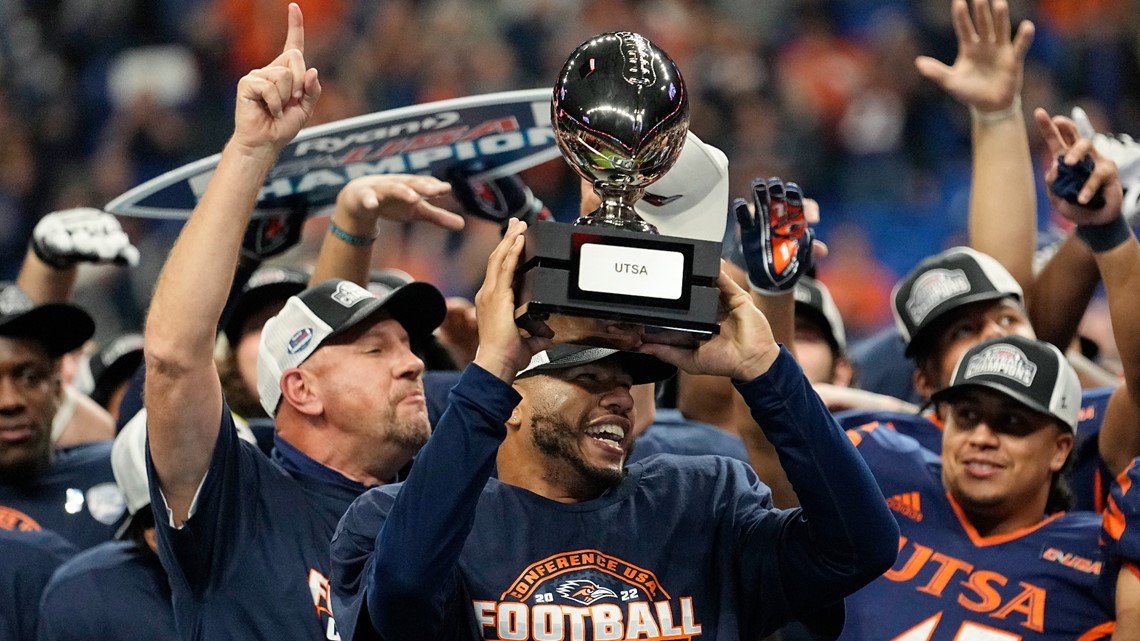 27 Roadrunners got all-conference honors, including six on the first team.

SAN ANTONIO — The UTSA Roadrunners are Conference USA champions again, and they earned a program-record 30 all-conference and all-freshman team accolades on Tuesday.

A total of 16 Roadrunners earned honorable mention accolades, and three made the C-USA All-Freshman Team. Despite the bevy of awards, Head Coach Jeff Traylor wasn’t satisfied.

“We are going to have some angry dudes in this Bowl Game,” he tweeted. “Show me who is better? I will ride with my guys all day.”

We are going to have some angry dudes in this Bowl Game. Show me who is better? I will ride with my guys all day. #210TriangleOfToughness🤙 https://t.co/wiKldOBlP2

The Conference USA champs are set to take on Troy in the Duluth Trading Cure Bowl on December 16 in Orlando.

Frank Harris was the MVP of the championship game against UNT after throwing for nearly 4,000 yards and 31 touchdowns this season, in addition to almost 600 rushing yards and nine scores on the ground.

One of the best quarterbacks in college football the last two seasons, Harris is holding a press conference on Wednesday afternoon to talk about what he plans to do with his final year of eligibility. Among those attending will be Bexar County Judge Nelson Wolff & CEO Bob Wills of The PM Group. KENS 5 will be covering the press conference live on our digital platforms.