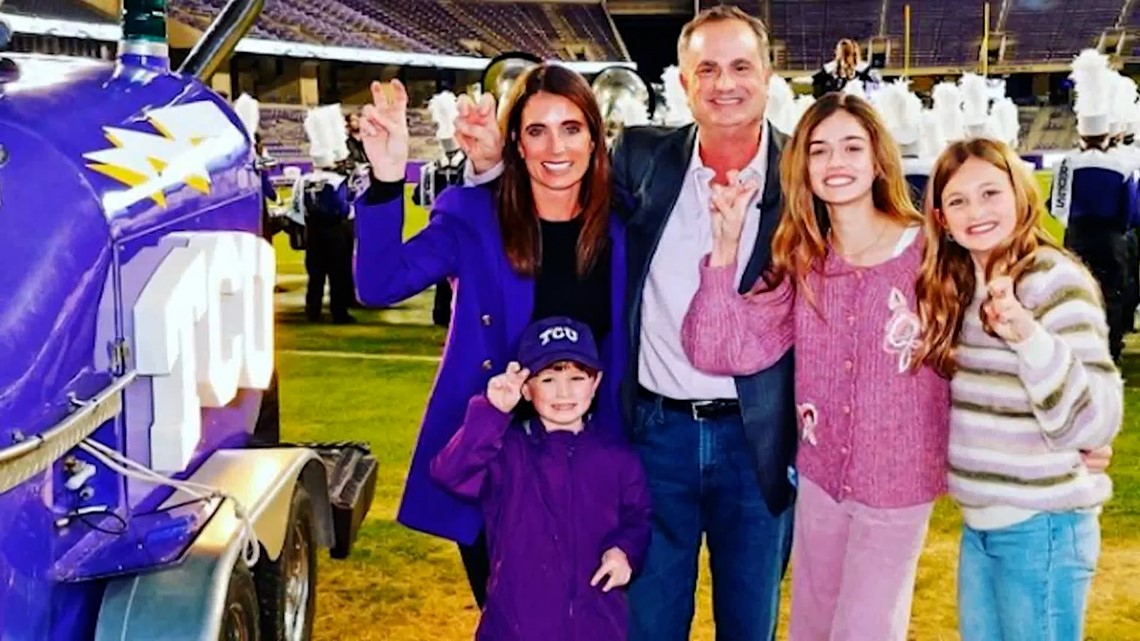 The Dykes family sits down with WFAA’s Marc Istook to talk family, football, how they met and what the future holds the TCU program.

FORT WORTH, Texas — A year ago, TCU coach Sonny Dykes was new on the job with some tall tasks ahead of him — taking over for a legend in Gary Patterson and also faced with turning around a team that went 5-7.

Now Dykes is coming off the high of a national runner-up season and a collection of coach of the year awards.

“It’s been a hectic year and a lot of changes,” Dykes told WFAA’s Marc Istook in a lengthy sit-down interview. “But it’s been a blast.”

Dykes’ wife Kate joined the coach for the interview with WFAA.

“It’s funny how much has transpired in that amount of time [over the last year],” Kate Dykes said. “And yet it doesn’t seem like it’s been that long ago.”

Together, the Dykes family talked their past, their thoughts on football, how they met and what the future holds the TCU program. They also talked about the highs and the lows they’ve faced, from TCU’s magical run to the College Football Playoff National Championship to Dykes’ 1-11 season his first year at California in 2013.

“We grew so much because of the 1-11 season that we have learned to not panic and stay steady on what we believe in,” Kate Dykes said. “I’m so grateful we went for that because I feel like we’re better because of it.”

Said Sonny: “You don’t appreciate things as much if everything is easy. We appreciated this season more, and we certainly will more as we look back.”

Watch the full extended interview in the video player above.