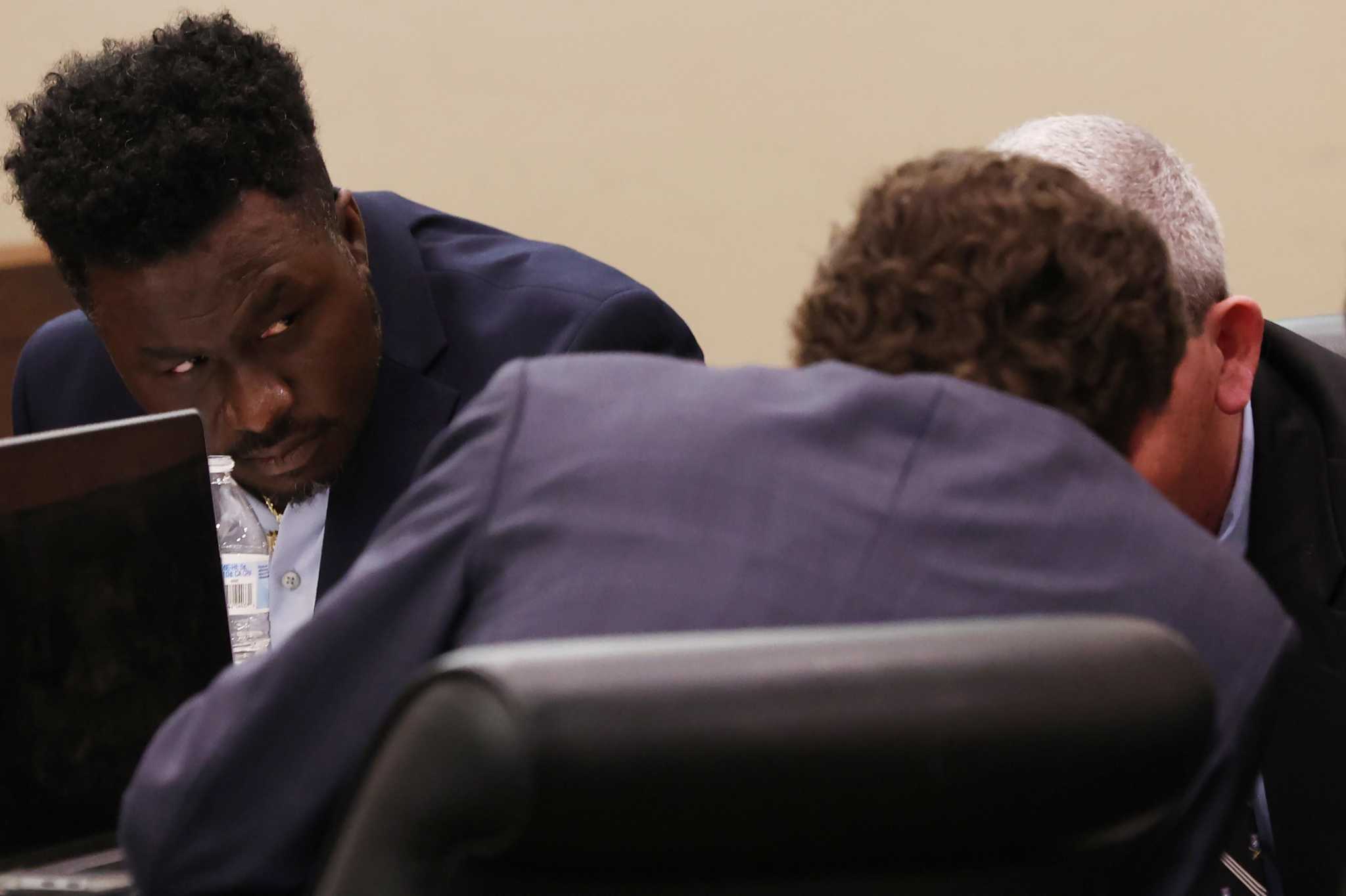 Air Force Reserve Maj. Andre McDonald was arrested at a gun store — but the jury in his murder trial won’t be able to see a video of that moment, the judge overseeing the case ruled Friday.

McDonald, under investigation in his wife’s 2019 disappearance, was charged with tampering with evidence months before being rearrested on the murder charge. The tampering charge resulted because authorities said he tried to destroy a receipt for some suspicious purchases at a hardware store.

But the jury can’t know about a shopping list of some of the same items — ax, hatchet, gas cans — taken from the suspect under murky circumstances while he underwent a mental health check ordered by his Air Force supervisors, state District Judge Frank J. Castro decided.

Castro said he likely would allow most of the other evidence that defense lawyers tried to suppress during four days of hearings. Opening statements in the trial are set for Monday.

Andreen Nicole McDonald, 29, a San Antonio businesswoman who with her husband owned a $1 million company that manages assisted living residences, was reported missing by co-workers March 1, 2019. Andre McDonald told authorities they had argued the day before.

Hundreds of volunteers helped search various parts of northern Bexar County, but it was not until four months later that her burned remains were found on a ranch on Specht Road near Camp Bullis only a few miles from where the couple lived.

Defense lawyers strenuously challenged the search warrants obtained by the Bexar County Sheriff’s Office and executed at the McDonalds’ upscale home in the 24 hours after she was reported missing. They also faulted the procedures that led to Andre McDonald’s subsequent arrest without a warrant on the tampering charge while he was at Nagel’s Gun Shop on San Pedro.

Defense attorney John T. Hunter said a subsequent “involuntary hold” of McDonald at Brooke Army Medical Center for a mental evaluation ordered by McDonald’s commanding officer right after his arrest suggested that the Sheriff’s Office and the Air Force were coordinating their efforts to keep his client in jail.

Prosecutor Steven Speir rejected Hunter’s statement as nothing more than “a fantastic theory.”

Testifying at the evidence hearing this week, Andreen McDonald’s close friend Carol Ann Ghanbar said she and two others went to the house March 1, after it was clear that Andreen was missing, and found blood and hair on a light switch in the master bathroom and a zipper in what appeared to be a burn spot on the ground outside.

Ghanbar said she thought Andreen was dead because her friend had told her, “If anything happened, it was probably Andre,” she told the court.

Sheriff’s deputies found the garage door hanging by a hinge. Photographs presented in court showed the device practically on the ground, the inside clearly visible. A vehicle inside the structure contained a shovel in the back seat, according to testimony.

Hunter said the deputies did not have a warrant and conducted an unlawful search. At least two deputies testified that they went into the garage because the door was heavily damaged and that because they were conducting a welfare check on a possible missing person, they needed to make sure there wasn’t anyone hurt inside.

They entered the house for the same reason, deputies testified, but looked around only to make sure no one was hurt inside. In a more formal search later that day, investigators found that the blood on the light switch was human, and they found a small amount of what might have been blood in a Chevrolet Malibu at the house, according to court records.

Shortly after McDonald’s first arrest, when Castro reduced his $2 million bail setting to $300,000, prosecutors revealed that evidence collected at the couple’s home included a burn pile, a bloody hammer, a hatchet, a shovel, an ax and gas cans.

The Docket: Local crime and courtroom news, delivered to your inbox weekly

According to court records, investigators found many of those items in the back of McDonald’s Porsche, and they discovered heavy coveralls in a trash can and another fire pit “that was not present during the previous search.” Investigators determined it had been used to destroy “papers and other items.”


After a second warrant on March 2 produced two torn-up receipts for a shovel, an ax, a hatchet, large heavy-duty plastic bags, gloves and two 5-gallon gas cans, a detective followed McDonald from his home to the gun store, where McDonald bought a gun and ammunition and was observed with “cuts and injuries” to his hands for which he has given conflicting accounts, court records indicate.

“He was taken down by four deputies, three of them with guns,” Hunter told the court this week, arguing that video of the arrest should not be shown to the jury.

The judge agreed. The defense was less successful with an argument that Ghanbar had conducted “an unlawful citizen search.”

“She had no standing invitation or license to come into the home as she pleases,” Hunter said. “She trespassed into the backyard, then walked in through a back door that was unlocked and traipsed all through.”

Prosecutor Lauren Scott argued that Ghanbar was not acting as an agent of law enforcement and had the effective consent of Andreen McDonald to go into the home whenever she wanted, having been warned by her friend to look for her if something happened.

“I would hope that any of us would have a good enough friend who would care to come and be willing to look for us,” Scott said.

McDonald, 43, has been under partial house arrest and GPS monitoring, working as a cyberwarfare operations officer at Joint Base San Antonio-Lackland. If convicted, he faces up to life in prison.

San Antonio endures a little more cold and rain before sunshine ... - Texas Public Radio
Suspect shot, killed outside North Side bar identified by ME’s Office
18-year-old suspect arrested for the murder of his ex-girlfriend and another man