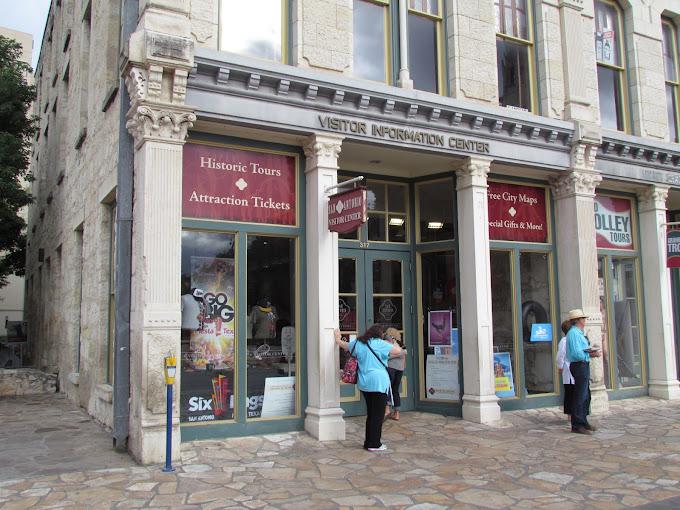 Visit San Antonio, the public-private organization that markets the city to convention planners and travelers, is shuttering its sole visitor information center across the street from the Alamo.

The center, where travelers can ask employees for help, browse brochures and gifts and purchase tickets for area attractions, will close by March 31.

The shutdown will leave Visit San Antonio without a physical location to distribute the printed maps, visitor guides and other materials tourists use to further explore the area. The organization instead will focus on digital delivery of such information.

During its most recent fiscal year, about 245,000 people visited the center, according to Visit San Antonio.

The closure, which comes as the organization is putting more emphasis on attracting international visitors, has been under consideration for more than a year, President and CEO Marc Anderson said in a statement.

Because the center is within the footprint of the Alamo master plan to reclaim the original mission site, it would have to be relocated if it were to continue. The makeover of the mission and historic battle site is to include a museum, visitor center and education center.

“We took this opportunity to evaluate the business case to continue operating in a retail format and ultimately determined this to be neither profitable nor a core service of a destination marketing organization and explore a more modern approach to today’s visitor,” Anderson said.

Visit San Antonio is helping four employees affected by the closure to switch to other positions within the organization, he said.

“We remain committed to exploring new methods of meeting the modern visitor where they seek out the most help, on digital formats,” Anderson said. “We will continue to operate the live chat function on the website and are researching e-commerce programs on the VSA website to further support our members.”


On ExpressNews.com: After Moses Rose’s owner refuses to sell, city may use eminent domain to take it for Alamo project

It is part of an effort by Visit San Antonio to generate nearly $60 million annually in economic impact from United Kingdom visitors by 2025. The UK is the largest oversees market for travelers to the city, Anderson said.

H-E-B breaks ground in Mansfield as part of North Texas expansion
Ice takes down Topgolf net amid San Antonio's winter weather
Wanna work at a new golf resort? 1,000 jobs are up for grabs in North Texas